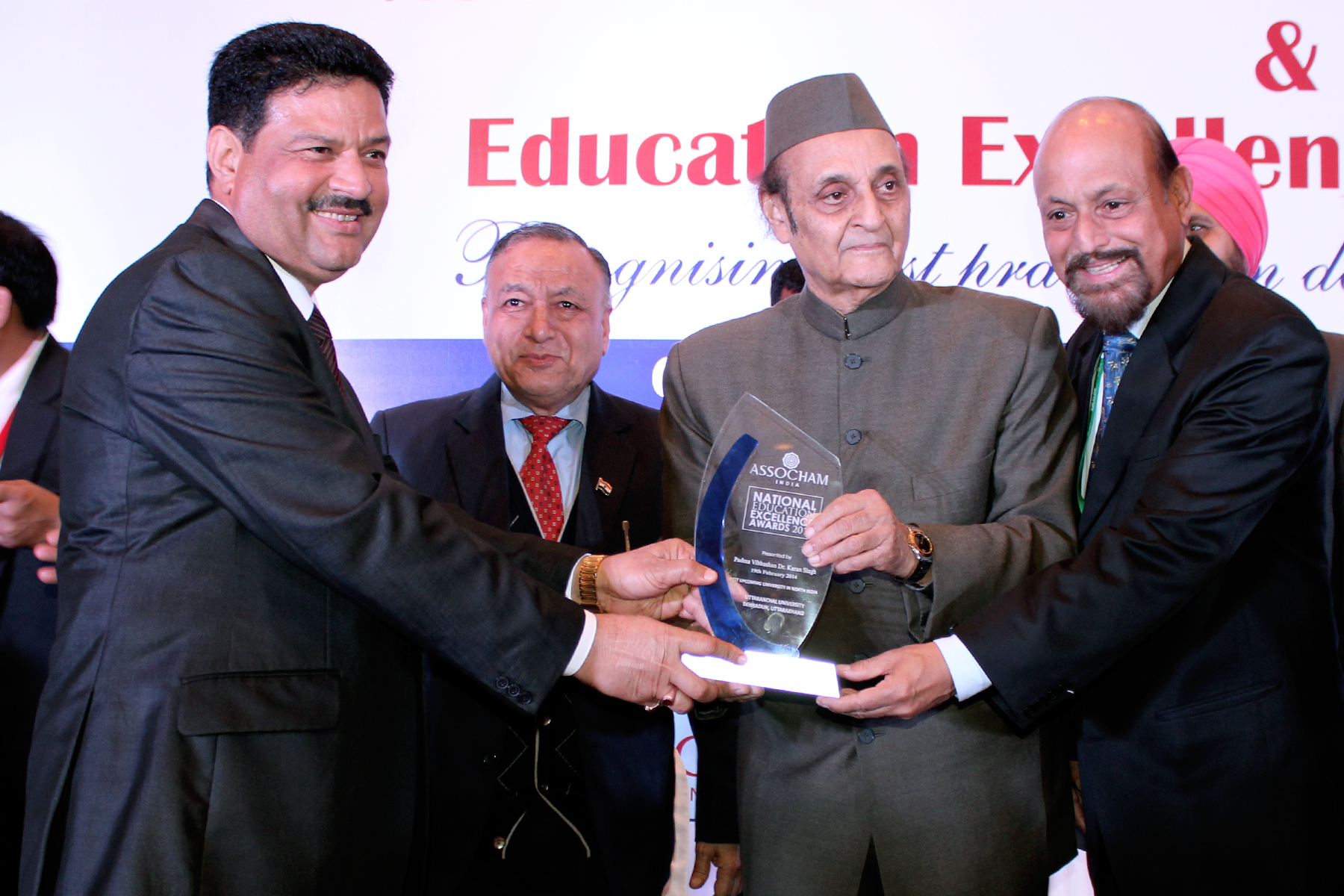 Uttaranchal University is the proud recipient of “Best Upcoming University in North India” award conferred by ASSOCHAM at its National Education Summit & Excellence Awards-2014 facilitation ceremony dated 19th February, 2014 at New Delhi. This award is conferred to acknowledge the institutions which have contributed significantly in improving the quality of education, innovation, research and development. Uttaranchal University made this distinction by achieving innovation in education, maintaining highest standards of quality parameters in higher education like running multi-disciplinary study programs, student enrolments, infrastructure and achievements through alumni placements and impact on skill and employment generation.

ASSOCHAM, the Associated Chambers of Commerce and Industry of India is a representative organ of Corporate India. It articulates the genuine, legitimate needs and interests of its members. Its mission is to impact the policy and legislative environment so as to foster balanced economic, industrial and social development. Today ASSOCHAM has emerged as the fountainhead of knowledge for the Indian industry, and undertakes many initiatives to bring reforms in education by improving the gross enrollment ratio in higher education, employability and skill development.

The award on behalf of Uttaranchal University was received by the Hon’ble Chancellor of the University, Mr. Jitender Joshi, along with the Vice-Chancellor, Prof. S.C. Joshi.