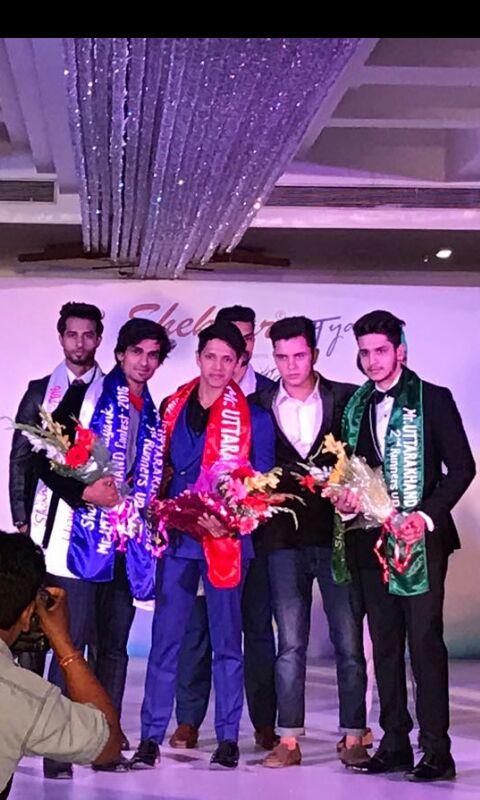 Sinmit Communications conducted Mr. Uttarakhand, 2016/17 on the eve of 2nd April, 2017 in the Saffron Leaf Hotel adjacent to the GMS road.
24 contestants participated in the pageant contest, in which Raghav Sharma (Law College Dehradun) won the title of “Mr. Uttarakhand, 2016/17” and also bagged the title of “Mr. Best Walk” and Paras Dhingra(Law College Dehradun) secured 2nd Runner-up position in the contest.
The pageant was divided into five rounds- casuals, ethnic, formals, plus two question-answer rounds, which were to be answered by “top 12” and “top 6” contestants, making the contestants prove not only their worth in field of ramp, but also in their gray matter.
The event was organised by- Mr. Dalip Sindhi and Mr. Rajiv Mittal (Sinmit Communications) and was judged by- Mr. Shekhar (Designer of Shekhar by Mayank), Miss. Rishika Bali (Miss Uttarakhand, 2015) and Miss Gauri Meheta (Miss Body Beautiful, 2015)