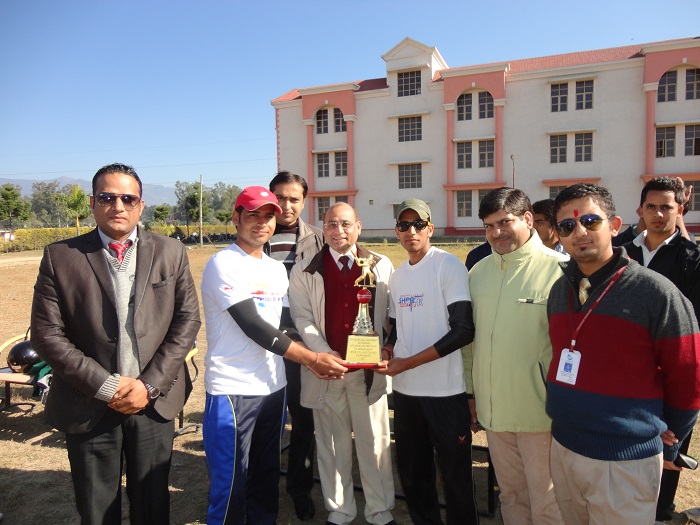 An intra-college cricket tournament was organized by Uttaranchal Institute of Management (UIM) from 20 Nov – 5 Dec. Five teams participated in the tournament, which included teams of MBA II Year, MBA I year, BBA, BCA and B.SC.IT.

After two rounds of league matches MBA II year and BBA teams qualified for the finals of the tournament that was played on Thursday 5 December.MBA II year team defeated BBA by 12 runs. The team scored 195 runs in 20 overs and in reply the BBA team scored 183 runs in 20 overs. Dishant Chandel of MBA –II year was declared “Man of the Match” for his all-round performance. He scored 55 runs off 22 balls with 5 sixes and 4 fours and took 2 wickets. His inning proved decisive in winning the match.