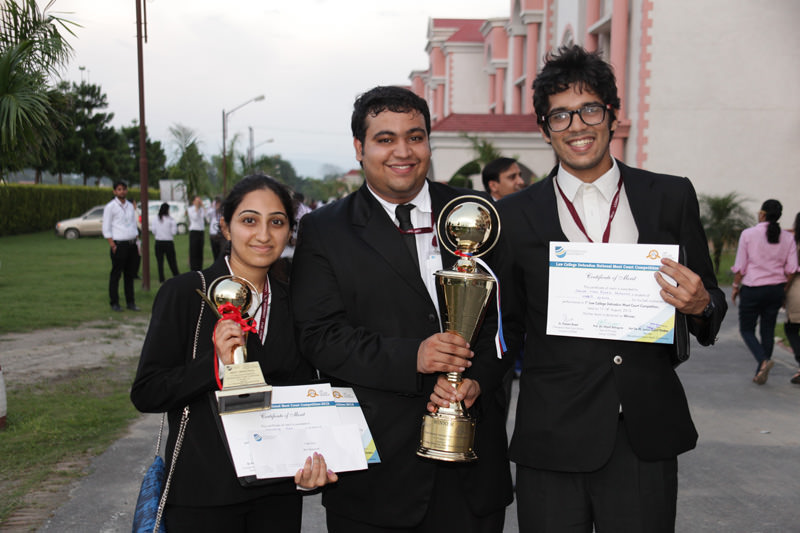 [sws_divider_padding]
The second and the final day of the LCD NMC was marked with great excitement and expectations as, after keen contest of the first day, four teams had reached the final leg of the competition. These teams were WBNUJS (West Bengal National University of Judicial Science) Kolkata, UILS ( University Institute of Legal Studies) Punjab, CNLU(Chanakya National Law University) Patna and Jamia Millia Islamia Delhi.

The semi-final competition was held between WBNLUS, Kolkata and UILS, Punjab. In this round WBNLUS Kolkata scored winning points over the UILS Punjab. In the second semi-final CNLU Patna was pitted against Jamia Millia Islamia, Delhi. CNLU Patna scored highest points.

In the finals between WBNLUS, Kolkata and CNLU Patna the moot court point was how to define the interest and the rights of the employees of a govt. organization that had been handed over to the private management under the Public Private Partnership.

The various proceedings of the moot court competition were attended by legal luminaries, social activists, academicians, officials of Uttaranchal University and the students.

The chancellor of the university Mr. Jitender Joshi gave away the trophies and the certificates to the winning teams.