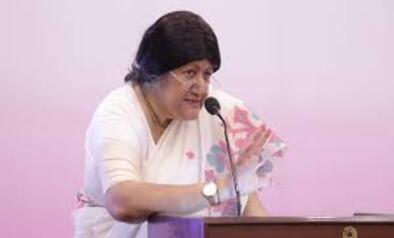 Hon’ble Justice Indira Banerjee was born on 24th September 1957 and passed Indian School Certificate Examination from Loreto House, Calcutta. Her ladyship graduated with History (Hons.) from Presidency College, then affiliated to Calcutta University and eventually her LL. B from Calcutta University, College of Law. Justice Banerjee got enrolled as an Advocate on 5th July 1985 and was elevated as a permanent Judge of Calcutta High Court on 5th February 2002. she was nominated in July 2013 by the then Chief Justice of India for a weeklong training in Judicial Administration at the Civil Services College, Singapore. Her ladyship was appointed Judge of the Delhi High Court on 8th August 2016 and she served on various roles including the Chairperson of the Delhi State Legal Services Authority. Finally on 5th April 2017 her ladyship was sworn in as Chief Justice of Madras High Court on and eventually got elevated as Judge of Supreme Court on 7th August 2018 and has been a part of many remarkable judgments pronounced by the Hon’ble apex court.
Hon’ble Justice Indira Banerjee visited Uttaranchal University on the occasion of 5TH LAW COLLEGE DEHRADUN NATIONAL MOOT COURT COMPETITION, 2021.