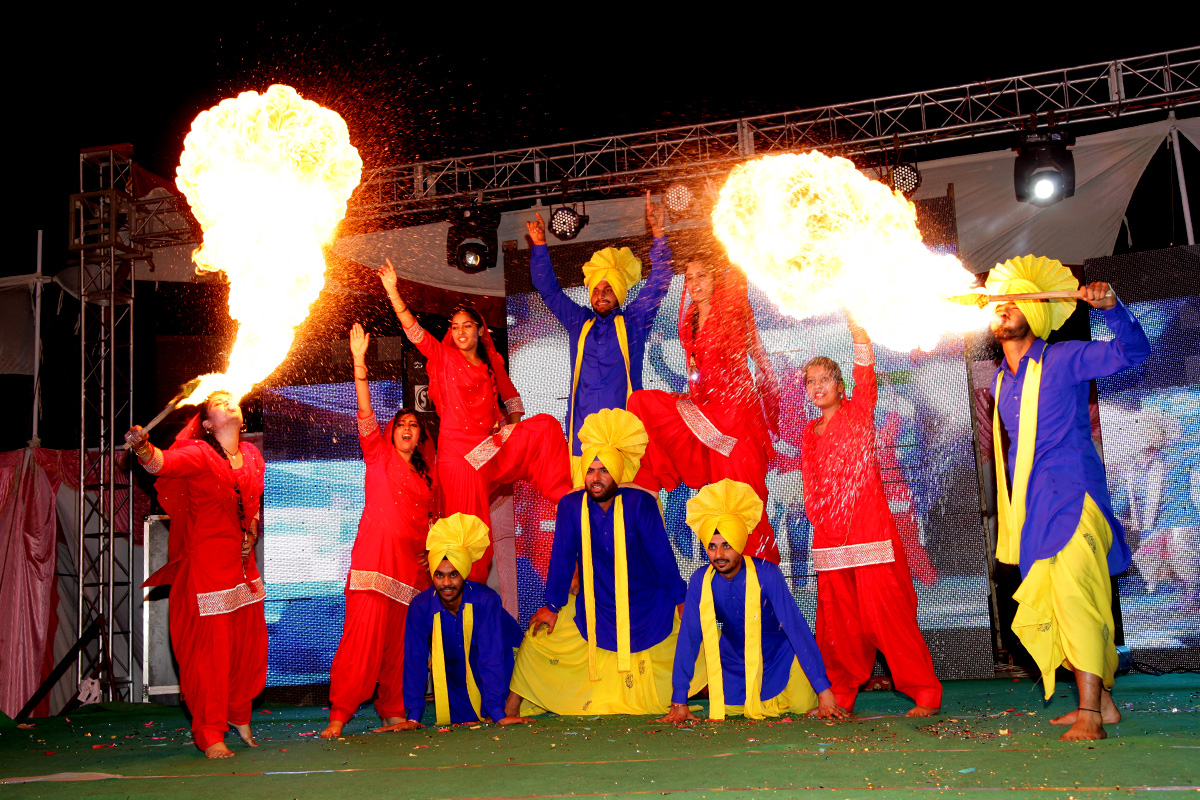 Festla -2014, the Mega cultural fest  organized by Uttaranchal Institute of Management under the aegis of Uttaranchal University was an eagerly anticipated annual event. Students from all faculties of the university flocked to the university grounds to watch and participate in fun-filled day of music, dance and fashion show and of course delicious Indian and continental cuisine. The Festival offered a unique opportunity to celebrate and explore India’s diverse culture and traditions, including authentic regional food, arts and entertainment. The fest also saw the culmination of a number of academic events like Digital Story Telling, Advertisement Analysis Contest, Software Debugging and IT Quiz where in the management and IT students competed. The stock market wizards were chosen through an off line stock trading game “Bulls & Bear”. The students also got a chance to display their photography skills in the event titled “Klick a Snap’’. Fun filled Slow cycling Race, Hit me Balloon, Musical Chair were the other attractions of the day which were enjoyed equally by both the participating and the non-participating crowd of students

The fest started with the lighting of the lamp by the Chancellor Mr. Jitender Joshi and Vice Chancellor, Prof S.C. Joshi in the presence of dean/directors, faculty and the students. The audience enjoyed the cultural program, consisting of classical, modern Indian performances, as well as East-West fusion dance and music. There were many moments of rushing adrenalin as students presented Live Band performance playing pure rock music and singing. The hallmark of the show was the fashion show, displaying ethnic wear, bridal wear, summer dresses and casual dresses. The theme of the fashion show revolved around the interaction of art and fashion. A total of forty students participated in the show ; each dress contributing its own unique interpretation of the given theme   It also gave the young students an opportunity to get a close look at some of the fashions that are in vogue now . Overall, the show was outstanding.

At the end of the show the winners of various events were given prizes. The undergraduate winning team of IT Quiz was given a cash prize of Rs.2000/- for the software developed by them which facilitates the process of conducting Quiz events. The winner of cycling race was awarded a brand new cycle. Lucy draw was also taken out and many students won attractive prizes.

Skillful organization, meticulous execution and enthusiastic volunteer base ensured the success of the festival. It goes to the credit of the students and the faculty to have put up a highly entertaining show that enthralled all the audience.