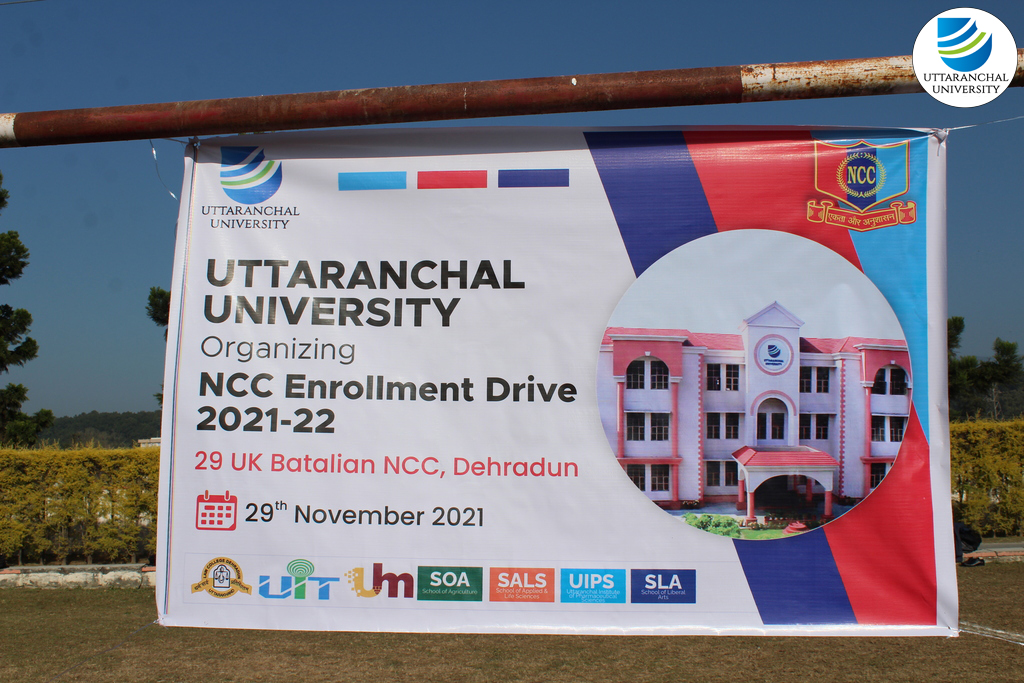 The Army Wing of the National Cadet Corps (NCC) continues to be popular amongst students in colleges and schools of the city. Uttaranchal University is also not an exception for this. A NCC enrolment drive was executed in Uttaranchal university on 29-11-2021. More than 100 students turned up for the enrolment drive on Monday for the new session 2021-22 out of which 20 cadets were enrolled.

For the selection of cadets, a three-stage selection procedure was adopted. In the first stage, the students were identified  for their physical standards through an 800 metre running test followed by 20 Push ups and 30 Bent Knee Sit-ups.  In the second stage the height and weight standards of the students were measured. In the Last stage, shortlisted students from the above two stages were evaluated on a written test on current affairs and general knowledge. The enrolment drive was supervised by CHM Kuldeep Singh Rawat 29 UK BN NCC, Dehradun along with Mr Nitin Duklan Caretaker NCC, Mr Anuj Kumar, Dr Radhey Shayam Jha, Mr Jageshwar Ray, Mr Pawan Dabral, Mr Ravi Kumar, Mr Rakesh Semwal, and Mr Sarveshwar Prasad PI NCC.