Home » Blog » II Session Of International Lecture Series On The Fifth Estate: The Power Shift Of The Digital Age 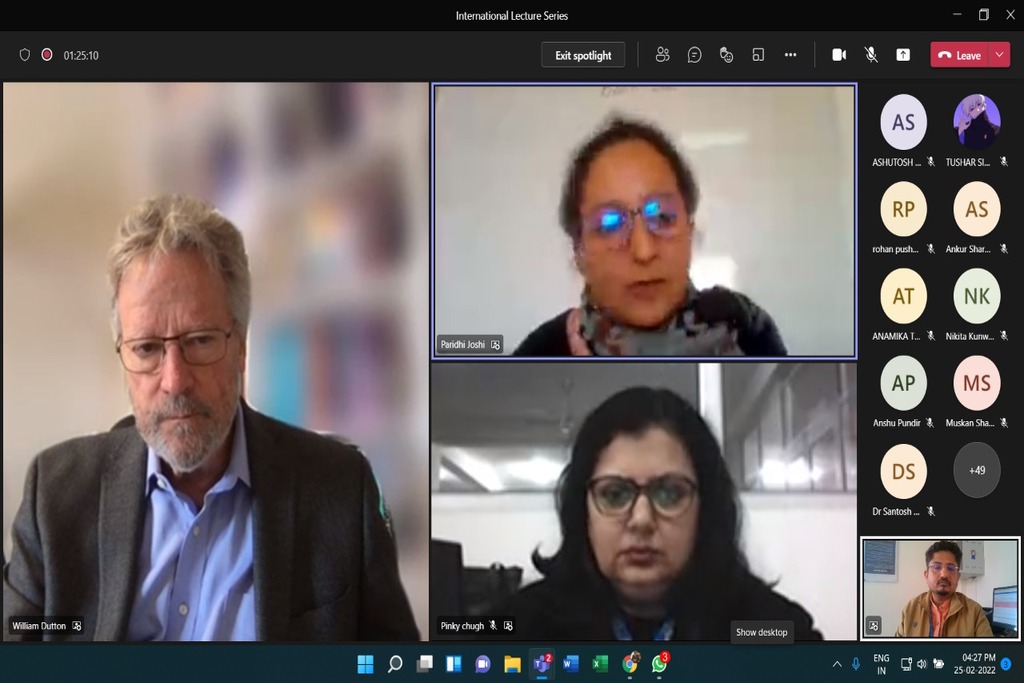 The speaker of the second session of ILS-22, Emeritus Professor William Dutton was welcomed by Prof (Dr) Shravan Kumar, Dean SLA and Convener of ILS-22, after a brief introduction about the Liberal Arts Department by Gauri Nanda, a first-year student of BA (H) Psychology on 25 February 2022. . Professor Williams started developing his argument from the emancipatory end of Liberal Arts education and contextualized the positive role of the internet in this process. Professor Dutton emphasized on the research done in this technological era and the inevitability of the power shift. 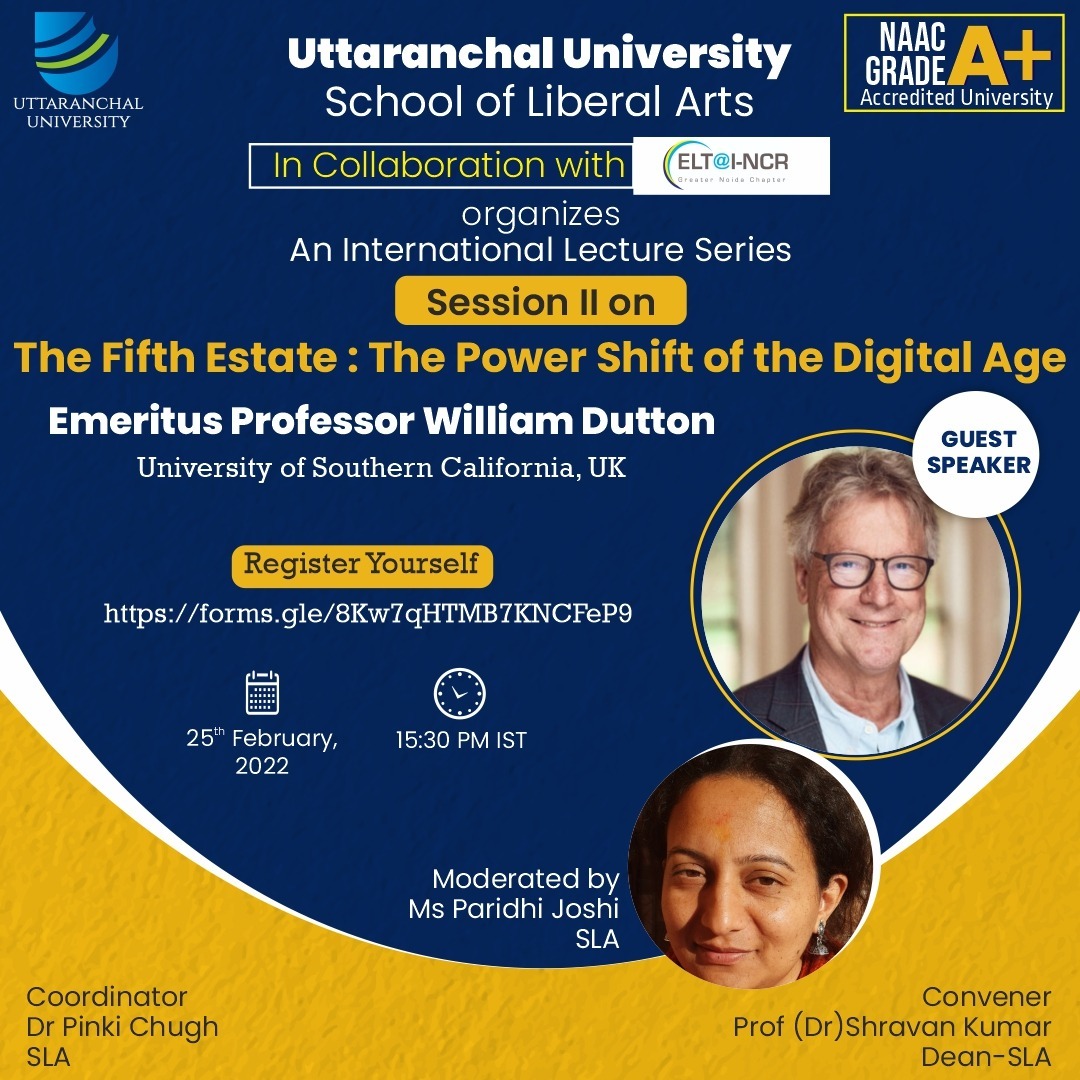 By giving examples of Darnella, Greta Thunberg, and the ongoing crisis created by war between Russia and Ukraine, Professor Williams exemplified the power of internet in today’s world by the way it empowers ordinary people in creating a certain form of collectivity, or to bring social changes, or be it to cope up with situations like war. The power shift that Professor Williams talked about, showcases a phenomenon in which ‘us’ the consumers and citizens have actually become more powerful due to the different applications we can put on the internet to. Professor Williams, here emphasized the difference between the social movements caused by face-to-face interaction and the collectivity of individuals that generates out as an effect of the internet. On comparing 4th estate with 5th Estate, he made the audience understand how the power shifted from clergy to press and journalists. A shift which has empowered the communicative power within the society.  The examples of websites and actions such as ‘I Paid the Bribe’ were also part of the content which helped the government to point out corruption as an institutional issue.

The discussion was then followed up by a precise summary by the moderator of the session Ms Paridhi Joshi, Assistant Professor, Sociology SLA who then invited questions from the audience. The session was very useful particularly for the students of Liberal Arts as it aroused curiosity across the diverse audience.  The vote of thanks was proposed by the coordinator Dr. Pinki Chugh.