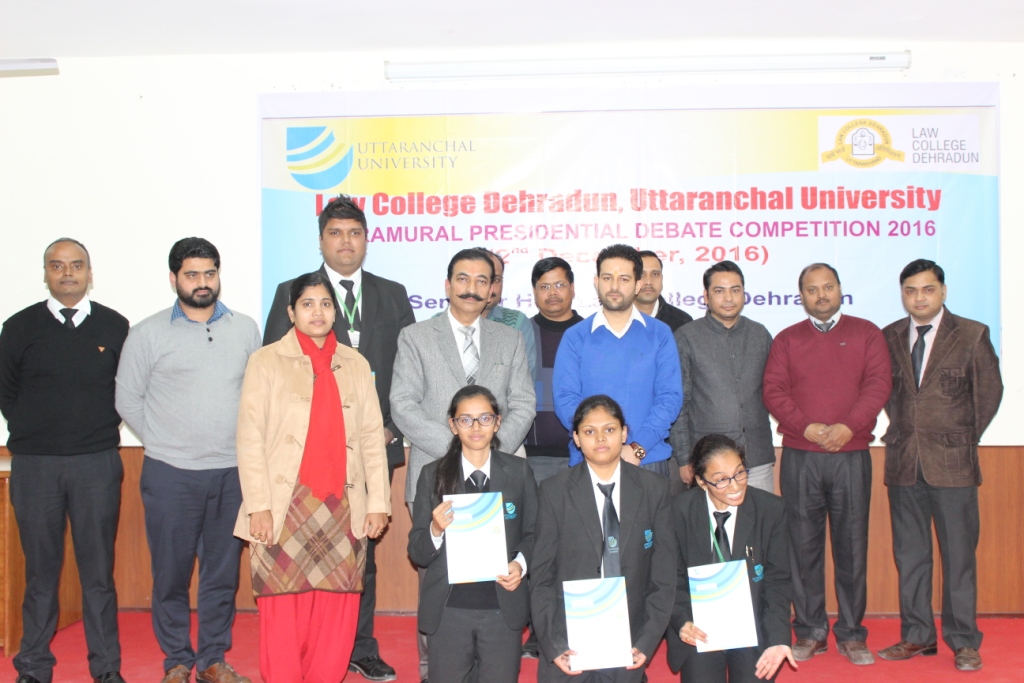 Law College Dehradun of Uttaranchal University organized an Intramural Presidential Debate. 18 teams participated in the debate for three days. Today was the final. Director of the University Dr. Abhishek Joshi was present as the Chief Guest during the occasion while Dr. S. K. Shah Dr. V. K. Srivastava and Mr. Kumar Ashutosh were present as judges.

It is noteworthy that debate was extempore. The topic of the debate was “There should be minimum education qualification for people’s representatives”. Given the relevancy of the topic an interesting debate was witnessed at the event.

Speaking in the favour of the topic, participants argued that minimum educational qualification should be essential for public representatives as the opposite might endanger the very foundations of democracy. However, opponents contended that leadership quality is not dependent upon educational qualification as it requires practical knowledge rather than bookish knowledge.