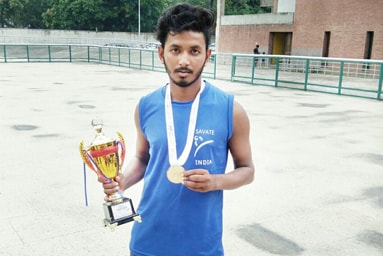 Savate (pronunced as – Savaat) is also known as boxe française, French Boxing, French Kickboxing and French Footfighting, It is a French Martial Art that uses the hands and feet as weapons combining elements of western boxing with graceful kicking techniques. ‘Federation Internationale de Savate’ is the sole world-recognised international organisation promoting Savate and its associated disciplines around the world. Savate is a sport with a long history. It began in France in the 18 th Century. Pierre de Coubertin, Creator of the Olympic Games, practiced Savate (his gloves are on display in the Lausanne Olympic Museum). The international federation, FISav, was founded in March 1985 and is non-governmental and independent of political authorities. Savate is an educational sport developing important personal qualities: Ethics, Aesthetics, Education, and Effectiveness. It is also a sport of opposition where technical quality and engagement are taken into account in the decision. International Savate Competitions are known for their atmosphere of friendship and good sportsmanship. Participation, fair play, discipline, and respect of the rules and the person are actively encouraged. Savate holds World Championships in ‘Savate Assaut’, ‘Savate Combat’ and ‘Canne de Combat’.