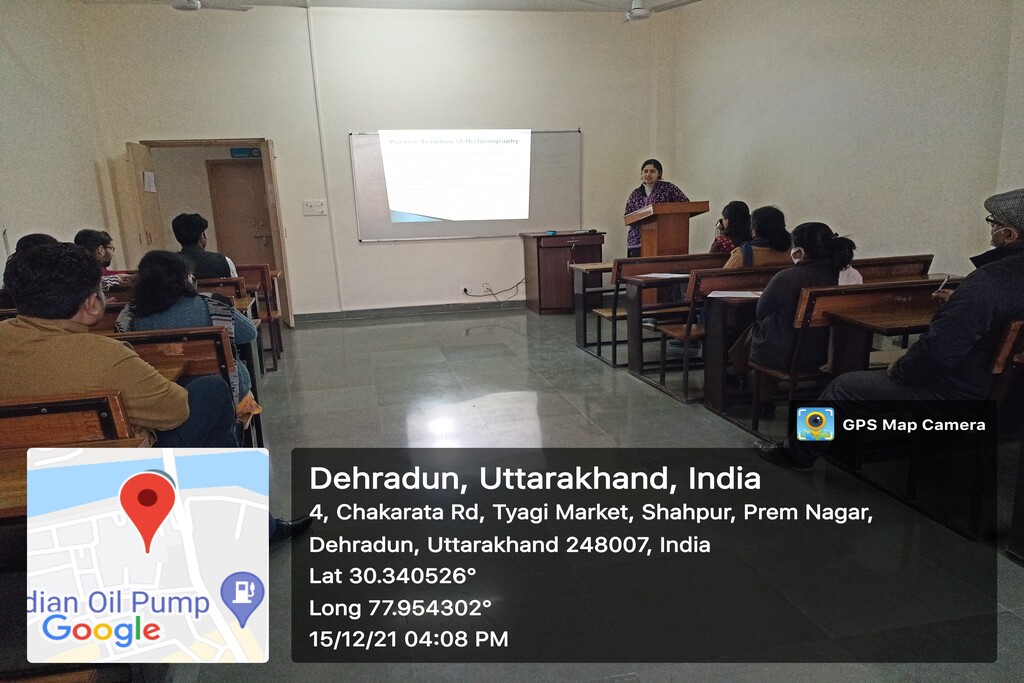 The Knowledge Sharing Series reached its VI session on 15th December, 2021.The session was organized in room number 211, II floor, SLA at 4: 00pm.The speaker of this session was Ms Bharti. Dr Pinki Chugh, Coordinator KSS welcomed the audience and invited the speaker for knowledge sharing. Ms Bharti discussed the history of Puranas in Indian Hindu mythology. She said that the Puranas and Itihasas emphasize on the necessity of ethics and advocate deep contemplation on moral virtues and self-control. The Puranas deal with five subjects namely SARGA (original creation) PRATISARGA (dissolution and recreation) VAMSA (genealogies)MANVANTARA (an epoch of each Manu) VAMSANUCARITA (history of dynasties of Kings mentioned in genealogies). It deals with the cosmic value system maintaining peace, harmony and order in society. She further added that epistemology, metaphysics, ethics and aesthetics are intricately interrelated and it is difficult to understand them in isolation.

The session was very enlightening. It was just like refreshing the old gained knowledge that had faded with the technological advancements of the century. At the end Dean -SLA Prof Shravan Kumar threw light on more unfamiliar aspects of Puranic Historiography. He encouraged the faculty members to do deeper research in the area and write projects to put forward their ideologies to the academic world. The session ended with a vote of thanks and filling up of feedback forms.