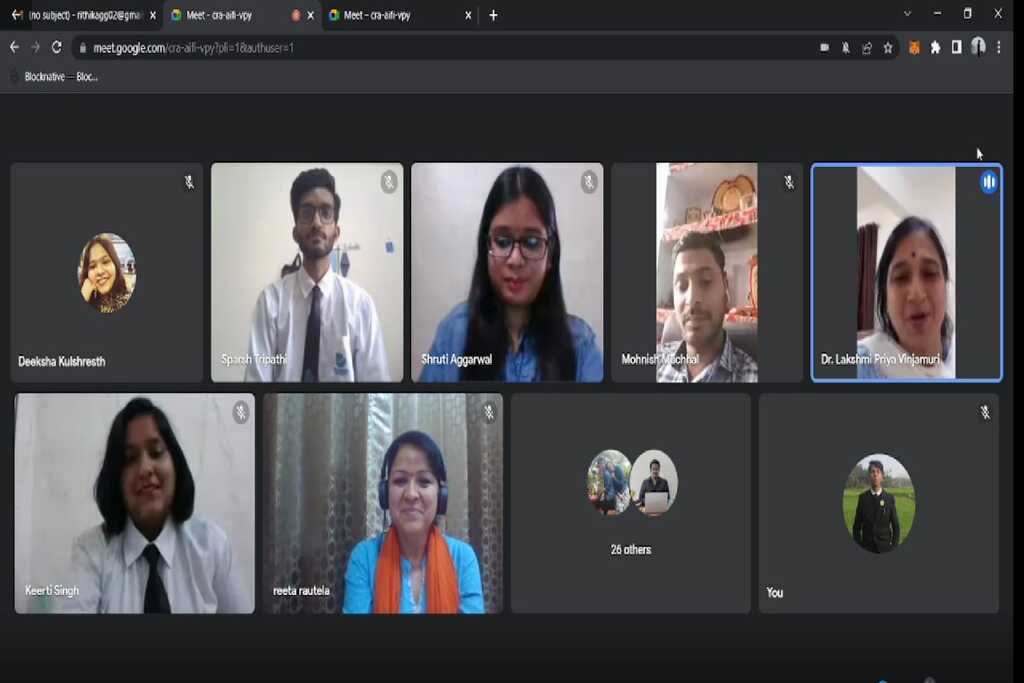 Law College Dehradun, Faculty of Uttaranchal University, organised a National Elocution Competition marvellously under the aegis of Vasundhara- The Green Society, under the banner “Animal Slaughter Carnage of Sensual Mortals” from 23rd – 25th October 2020. Elocution refers to one’s capacity of communicating with others, with the use of expressive speech and gestures. The society created a platform through elocution where the participants were allowed to express their views on the most contemporary topic Animal Slaughtering and “Be the voice you want to hear”. The Competition was conducted in two rounds i.e. first round and the final round on three consecutive days.

Round 1 (23rd October 2020): The inaugural event and the first round of the National Elocution Competition were conducted on this day. The Guest of honour for the day was Dr S K Dutta, Secretary Animal Welfare Board of India. The panel of judges for the day included Dr Lakshmi Priya Vinjyamuri, and Dr Sukhwinder Singh, Ph D from Environmental Laws. The event got started with the opening remarks of Ms Keerti Singh, Event Coordinator and Ms Divyanshi Diwedi, executive member of VTGS, who welcomed the luminaries and the esteemed participants.

The event was inaugurated by the words of Dr S K Dutta, who informed how humans were dependent on animals when there was no agriculture and compared with the current situation as 70% of the Indian population above the age of 15 years is having a non-veg meal or preferring veg more than non-veg meal. 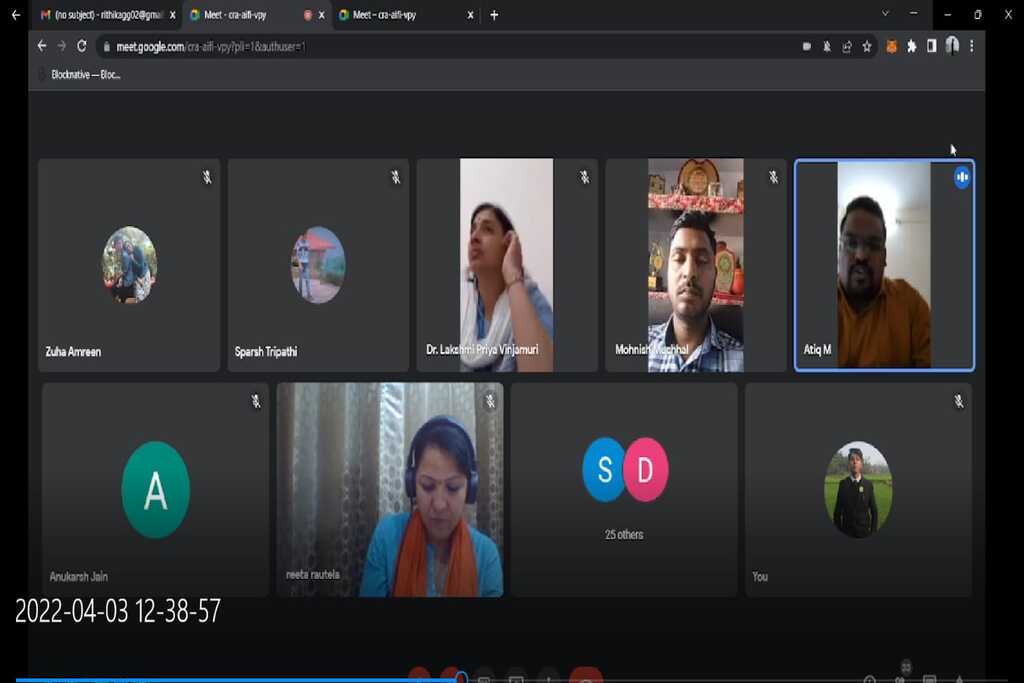 Further, the participants of the session enthusiastically put forward their views on the topic Animal Slaughter. The participants stressed on the key areas of the topic and told about what is animal slaughter, the reasons, the methods of slaughtering and the various legislations concerning Animal Slaughter. Various questions were also included such as why the animals are used for various experiments, and why the medicines are first tried over those selfless animals who can’t express themselves. Prohibition is not the solution but regulation is the one and all we can do is regulate it in a better way.

Round 2 ( 24th October 2020): The first half of round 1 held on 23rd October was a remarkable success. The participants came up with interesting points that went into making the Elocution Competition knowledgeable. The panel of judges for the second day included Dr Lakshmi Priya Vinjyamuri and Dr Sukhwinder Singh. The participants expressed their views regarding animal slaughter, and how the animal slaughter is performed and then compared the situation of animals to humans. Animal Slaughtering refers to the killing or butchering of cattle, sheep, and other animals, especially for food brutally and violently. It was put forward that the existence of animals is much older than the existence of human beings and now human existence is harming the animals for their means. Happiness comes from the ecosystem and if it will get disturbed we will not be able to live.

Final Round (25th October 2020): The final round of the National Elocution Competition commenced on the topic “Animals for Food”. The panel of judges for the final included hon’ble Prof (Dr) Rajesh Bahuguna, Dean & Principal, Law College Dehradun faculty of Uttaranchal University. Another esteemed judge was Mr. Muhammed Rafeeque, an Advocate and Mediator, the founder and Chief Counsel of  VLegal, a legal consultancy firm.

After the first round, six participants got elected for the final round of the event i.e. Codes E-04, E-14, E- 02, E- 33, E- 25 and E- 08. Code E- 04 was called upon to present her thoughts on the topic. The participant discussed the key areas of the topic and said that Animal Slaughtering is considered to be as a direct form of Animal Exploitation. Dairy industry, which is considered to be a guilt free industry, is the most guilty one. Cows are forced to give birth to calves and then after their birth they get snatched and are even not given the right to have the natural milk of their mother. She added on that veganism is a solution and a choice of life but cannot be forced on anyone. We should control our lust for eating animals as their meal and let them live their lives happily. Various types of Cancers and diseases are caused due to eating of meat and we humans have no right to use animals for our food, for our experiments as well as for our fashion.

The event came to an end with the worthy remarks of our hon’ble judge Prof. Dr. Rajesh Bahuguna who congratulated the team and expressed his views on how the participants justified their speech that the killing of animals for food more or less is against the ethics and it is not necessary.

The results of the event are as follows: