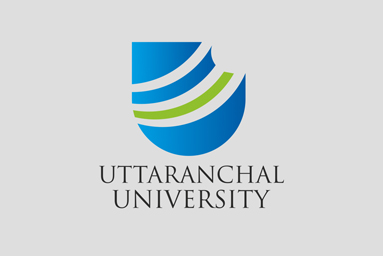 Law College Dehradun organized an educational trip to the highly revered Indian Military Academy on 9 April 2022. The flag bearers of the University were Mr Amit Kumar Chaudhary and Mr Jagat Narayan, Assistant Professors at the Department of Social Studies of Law College Dehradun. The educational visit revolved around the axis of the Socio-Historical aspects of the Indian Military Academy and the Indian Army itself.

The academy was established in 1932 on the 206-acre campus of the Railway Staff College. The first batch of forty Gentlemen Cadets graduated from the Academy on 1st October, 1932. Antecedent to the establishment of the academy, the Officers of the Indian Army were trained at the Royal Military Academy, Sandhurst. In fact, the logistical difficulties of training the officers of Indian origin overseas and the exemplar difference in terrain and climatic conditions between India and England are seen as few of the major proponents which led to the establishment of the Indian Military Academy at Dehradun.

The students were subject to a curated tour of the Chetwode Building, named after Sir Philip C. Chetwode, Field Marshal of the erstwhile British Indian Army, which houses an immaculate museum exhibiting the heritage of the Academy and the Indian Army. Embossed in striking gold lettering is the Chetwode motto; “The safety, honour and welfare of your country come first, always and every time. The honour, welfare and comfort of the men you command come next. Your own ease, comfort and safety come last, always and every time”. Magnificent portraits of the Chiefs of the Indian Army and former Commandants of the Academy line the high-rise walls of the museum. Housed in its relics were an array of few of the most prized possessions of the Academy such as artefact, arms weaponry and military hardware captured by our brave soldiers during various conflicts throughout the history of Independent India. The students were enlightened by the museum’s curator about the history of the Academy, the contents on display at the museum and their Socio-Historical relevance and what meaning every inch of the academy bore. Subsequently, the visitors were greeted by the Commandant of the Indian Military Academy who interacted with the students and encouraged them to explore the avenues of career service in the Armed Forces. Thereafter, Major Bharat Kanojia, IV Gorkha Rifles, coordinated with the visitors and guided them through the hallowed halls of the Academic Block which encompasses the Central Library of the Academy which boasts a collection of over sixty thousand books spanning all the way from the seventeenth century. Furthermore, the students were acquainted with the State of the Art Computer Training Lab at the Academy.

The students after an interaction with Major Kanojia and a few Gentlemen Cadets bid the Academy adieu with the horizons of their minds broadened and their appreciation and commendation for the brave men and women who serve our Nation.