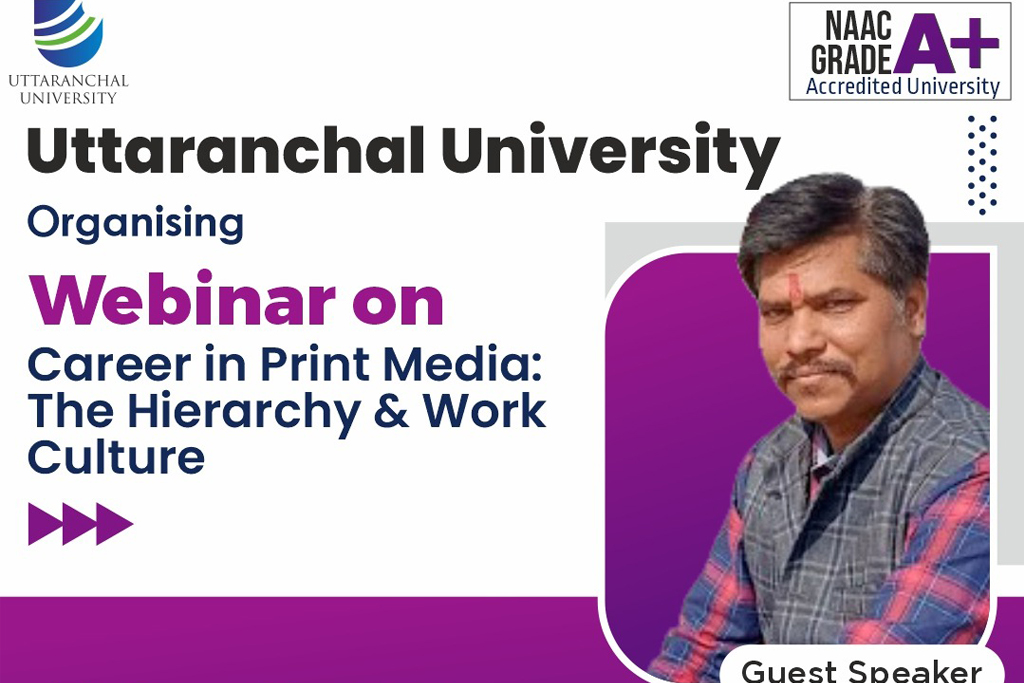 Media Club of Journalism and Mass Communication, School of Liberal Arts organized a webinar on Career in Print Media: The Hierarchy & Work Culture on 23rd February 2022. 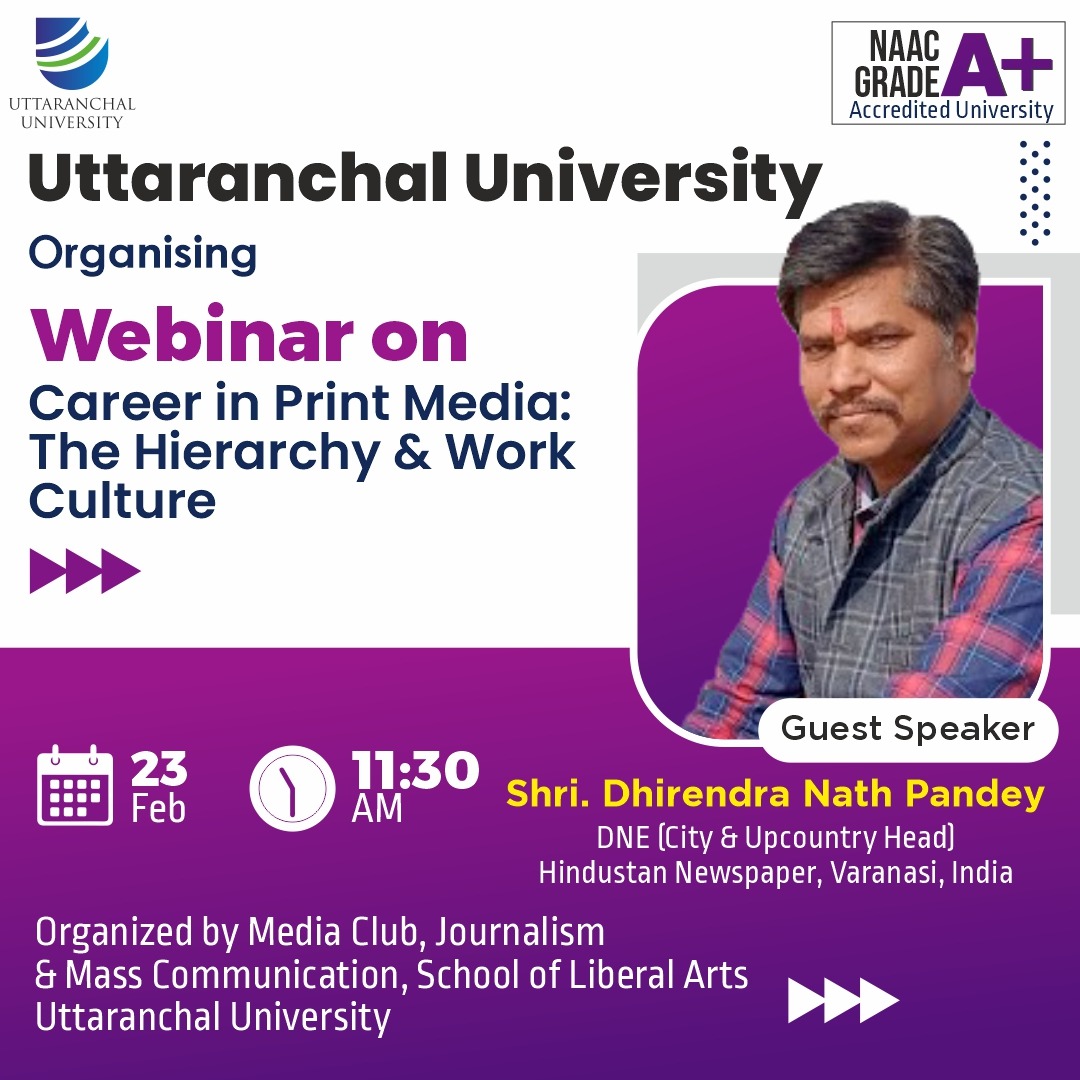 The guest speaker, Mr Dhirendra Nath Pandey is presently working as a Deputy News Editor of the Hindustan Newspaper in Varanasi. He has a rich experience of 22 years. He has been associated in various capacities with the brand names such as Punjab Kesari, Amar Ujala, and Hindustan. He has written more than 12 books. His book titled Aapda pey kafan gained worldwide recognition for its in-depth report on the Kedarnath Disaster.

Mr Pandey discussed that Print media is one such domain where journalism has been thriving due to its reliability and credibility for a long time. He added that with the changing era and development of technology, a career in Print Media has gone through tremendous changes. He highlighted that the new era is providing an opportunity to capable multitasking individuals in not just print journalism but thanks to the convergence, in digital journalism too. The new dimensions of journalism have changed how industry perceives the hierarchy in Print Media and this change has led to the transition in the work culture too. In the end, students asked multiple questions and the speaker answered patiently each and every answer. Dr Jitendra Sinha proposed the vote of thanks and appreciated the patient listening and participation of students. Ms Anjulika Ghoshal hosted and coordinated the webinar.