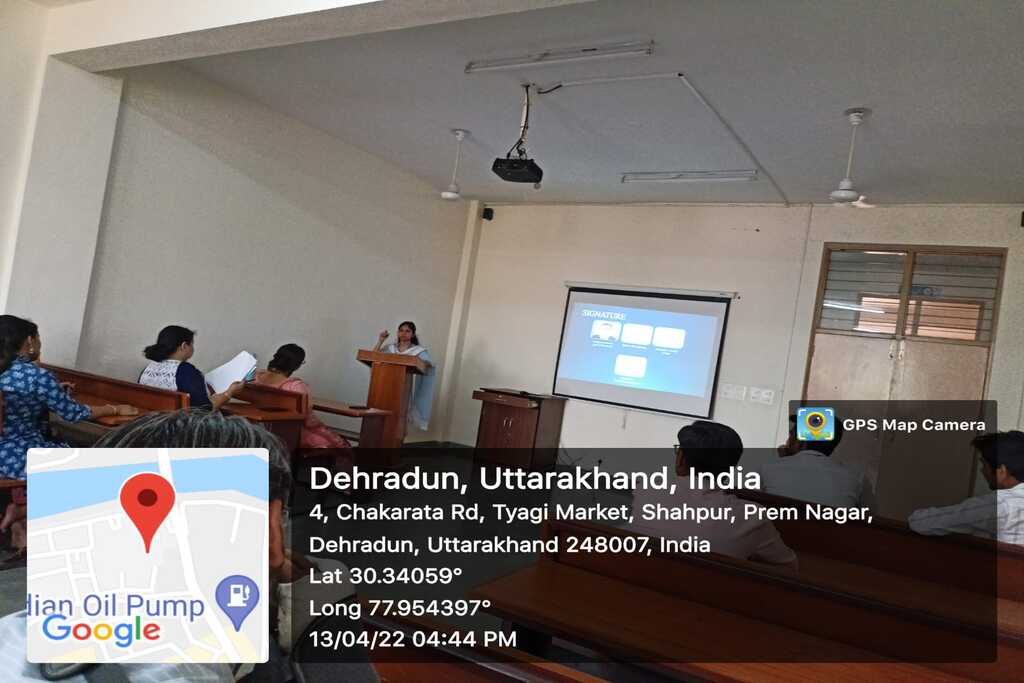 The Knowledge Sharing Series had its 9th session on 13th April, 2022.The session was organized in room number 210, SLA Building at 4:00 pm. The speaker of this session was Ms Shilpi Prakash. Dr Pinki Chugh, coordinator KSS welcomed the audience and invited the speaker for knowledge sharing.

Ms Shilpi Prakash talked about the concept of Graphology – the study of handwriting as used to infer a person’s character. She explained how a person’s behaviour can be assessed by his handwriting. She said that the formation of words also talks about the writer. Those who write large words are extroverts and they generally don’t concentrate on small details. They are bold, enthusiastic but restless. Whereas most people’s handwriting is medium-sized. Such people have an ambivert personality type. Normally they are social people and have an average ability to focus on small things. They are practical and realistic. Introverts are those people who write in small fonts. They have more concentration power and they generally direct their energy on themselves.

The more amazing thing to know was that the spacing between letters also says something. He who writes narrow is the one who always wants to be surrounded by people but the one with wide handwriting is generally liberal and open-minded.

The session was quite interesting.