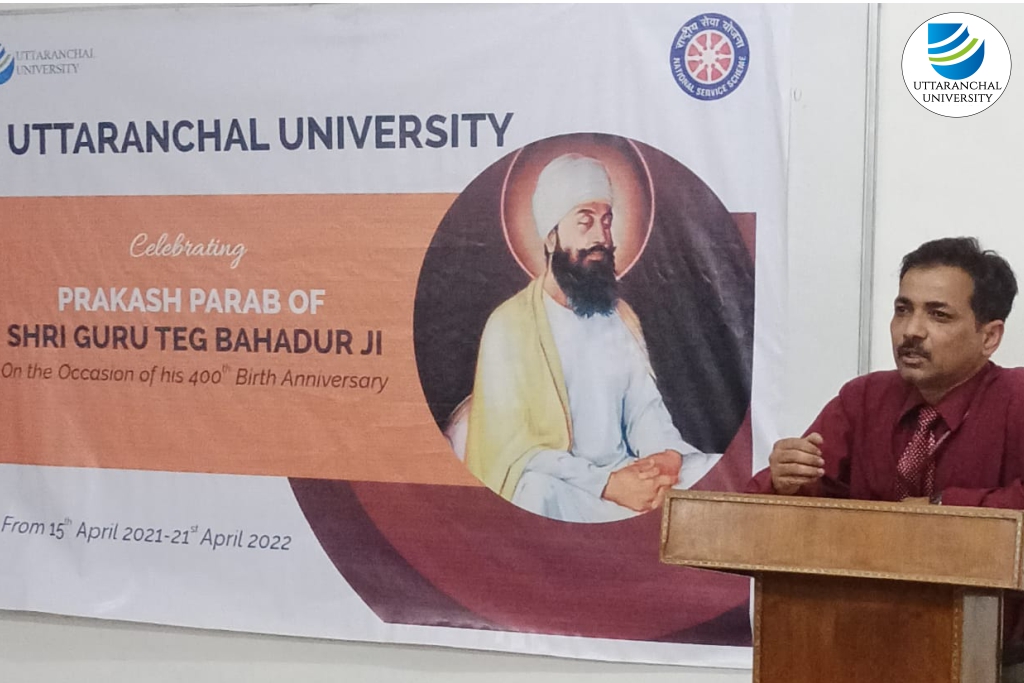 Hon’ble Chancellor Mr. Jitender Joshi and Vice Chancellor Prof. (Dr.) Devendra Pathak commended the idea of organizing the event and encouraged the initiation of such events in future.

Prof. (Dr.) Ajay Singh (Principal- SALS) delivered an informative lecture on Shri Guru Tegh Bahadur Ji at the beginning of the events. He informed that Guru Tegh Bahadur was born in Punjab in 1621 to the Guru Hargobind Sahib, the sixth Sikh guru. He was first named Tyaga Mal but later came to be known as Tegh Bahadur after participating in the war against the Mughals and showing bravery. Guru Tegh Bahadur is considered to be an honourable scholar and poet who greatly contributed to the Sri Guru Granth Sahib-the main holy book of Sikhism.