Home » Blog » “Refugee Crisis: Role Of Various International Bodies In Protection Of Their Rights And Liberties” 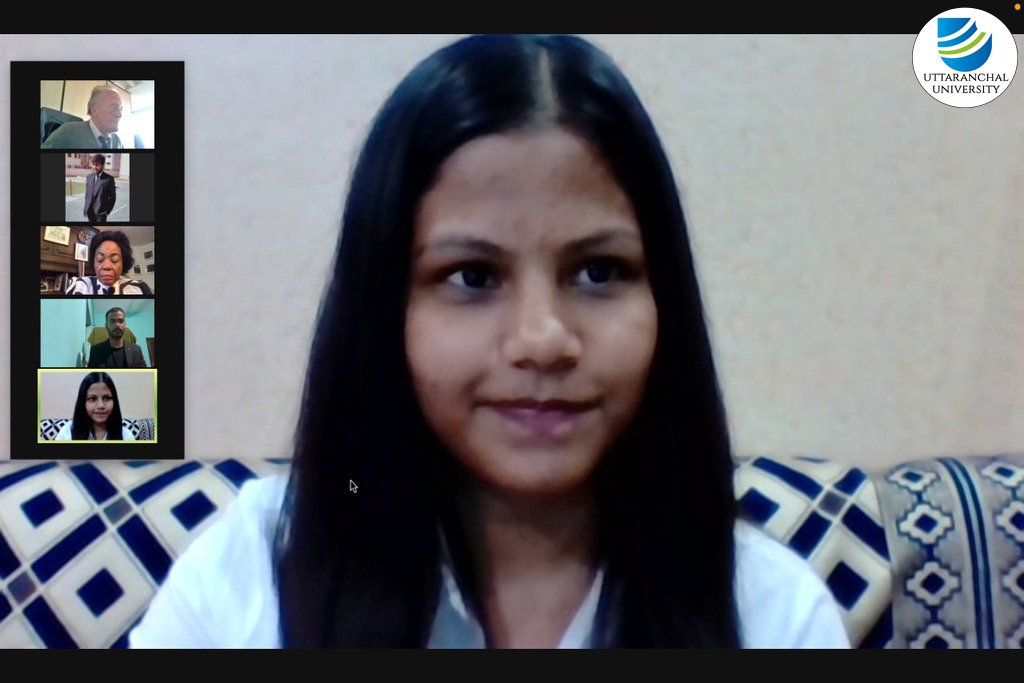 Law College Dehradun, Faculty of Uttaranchal University, organized an International Legal Essay Writing Competition, on the topic – “Refugee Crisis: Role of various International Bodies in the protection of their rights and liberties”, which marked its end with a symposium, under the aegis of ILSA (International Law Students Association) Law College Dehradun Chapter. Chief Guest of the occasion was Lady Justice Joyce Aluoch, a former judge of ICC, and the guest of honor was Sir Joseph Krulic, an Asylum Judge, from France.

The valedictory ceremony was eminently moderated by Ms. Ritu Bhandari who welcomed the honorable chief guest and guest of honour along with Pro VC & Dean Law College Prof (Dr) Rajesh Bahuguna, Prof Dr)Poonam Rawat, and Dr Anjum Parvez. She also enunciated the progress of the ILSA chapter to date and then gave a brief introduction of the guest of honor, Sir Joseph Krulic, an asylum judge and Head of the Centre for Research and Documentation, in the French National Asylum Court. He has been a former student of the Ecole Normale of Saint-Cloud city, and the National Institute for Oriental Languages and Civilizations, a teaching fellow in history, and a former student of the National School of Administration France. Some other significant achievements of him include that he is also qualified to direct research in political science, has had a career as an administrative magistrate, specializing in the law of foreigners and asylum and for two years, he was assigned to the legal Human Rights department in the Ministry of Foreign Affairs. Sir Joseph in his discourse gave an insight on the French and European jurisprudence and its situation. He talked about the European asylum office and how it is a regional organization and not an international organization. He also elucidated on how the organization and its management work and emphasized that French law states that there should be one member in three judges panel on refugee matters should be asylum judge.

The session was further continued by the chief guest, Lady Justice Joyce Aluoch, a former Judge and First Vice – President of the International Criminal Court. She has also been the second woman judge from Kenya where she served as Judge of High Court and Court of Appeal. And after retirement, she moved her legal career towards Alternative Dispute Resolution, mainly mediation. She opined that it will be only fair when laws made by the International Court related to Refugees are enforced properly. She also commented that if the law is not respected properly then no problem related to a refugee could be solved effectively. It was also insisted that every country has to be generous towards refugees as most of the countries have barricaded their borders. This was followed by an enlightening Question-Answer Session. The Symposium came to an end with the announcement of winners of the International essay competition and a formal note of thanks.

Winners are as follows:

1st Position – Nama Ghosh – The Topic was “Understanding the Asylum and Principal of Non – Refoulement focused on the South East Asian Countries”.