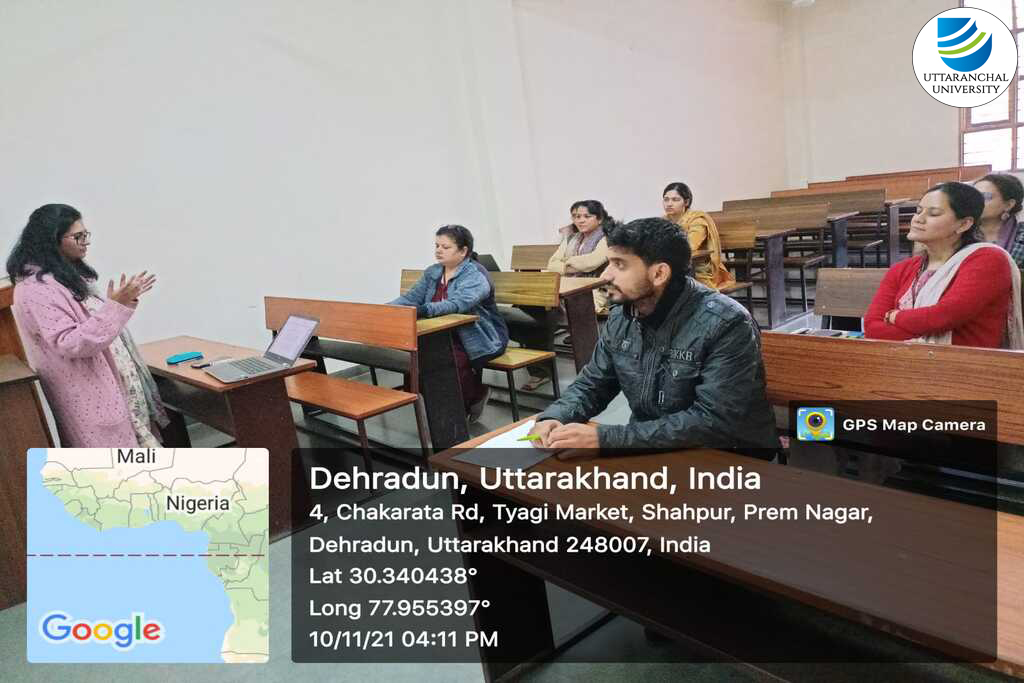 The fourth session of the Knowledge Sharing Series was conducted on 10th November, 2021 in room no 210, School of Liberal Arts. The session started with a welcome note by the coordinator, Dr Pinki Chugh. The speaker of the fourth session was Ms Akanksha Barthwal. She spoke on the topic ‘Literature Goes Green.’ The session was focused on the environmental issues raised by literary people from time to time. Ms Barthwal explained that reading a literary work with an ecocritical lens is one of the functions of ecocriticism.

She further discussed that unexpected natural calamities due to climate change, global warming and pollution are the marked reasons for writers’ concern about environmental issues. Eco criticism is one of the emerging domains of literature. Though writers have been writing on nature; it’s beauty and cruelty, in present times these texts are gaining more currency as we are heading fast towards nature catastrophes. During the session the audience talked about William Wordsworth and his contemporaries. Later on the discussion moved towards Indian Writers like Anita Desai and Shashi Deshpandey who have also raised concerns about nature preservation.

The session was highly insightful. It was discussed that Eco Criticism should be included as a subject of study in graduate programs. The vote of thanks was proposed after the discussion and query round.