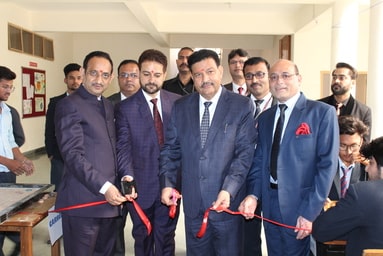 In the Carom Tournament, there were 40 participants including girls and boys. After the elimination 12 students were selected for their Final Round of Carom held on 16 November, 2019.