Home » Blog » An afternoon of ‘SUR SARGAM’ at UIM 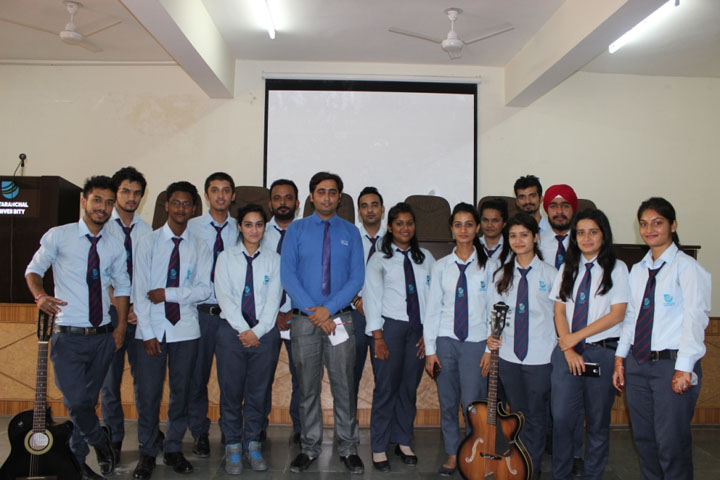 The Cultural Club of UIM organized a competitive event of  melody and music, under the theme SUR SARGAM, on 31 August. The objective of the event was to showcase the singing and musical talent of the students and motivate to prove their mettle with the competitive spirit.

The selection process for the finalists of SURSARGAM went through three rounds;  Qualifying, Semi-Final and Final Rounds. The qualifying round went on for three days. For Qualifying Round students were pooled into 3 groups: Pool A, Pool B and Pool C. Students in the qualifying round were judged for solo and duet on the basis of ‘Sur’ and ‘Taal’ and were allowed to bring their own instruments and karaoke (Clean) and Indian Classical.  Indian Light music was chosen as genre for singing. Next was the semi-final round which was competed by the students selected from the qualifying round.  Criteria for selection in this round were Sur, Taal, Song Selection and Expression and genre being Indian Classical and Indian Light music. The most awaited event scheduled on 31 August witnessed a sea of talent and a fierce competition among the finalist singers to get to the winning position. The selection criteria for final round were Sur, Taal, Song Selection, Expression and Confidence and genre being Indian Classical and Indian Light.  A panel of judges evaluated the performance and declared the following winners: