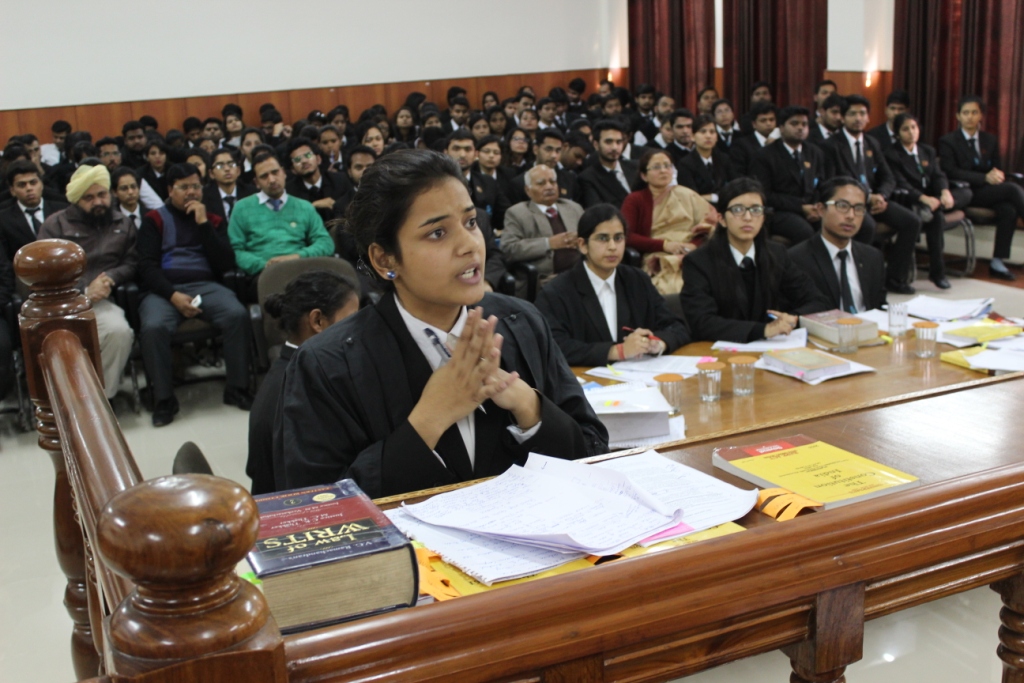 Problem of the Moot was based on amendment in the Consumer Protection Act. Under which the Centre Legislature had amended the definition of services under the Act so as to include Advocates within the ambit of consumer protection Act. The same was challenged at Supreme Court. After screening round, quarter final and semi final 2 teams argued today for final.