Home » Blog » The Journey of Doordarshan & Its contribution in Human Empowerment 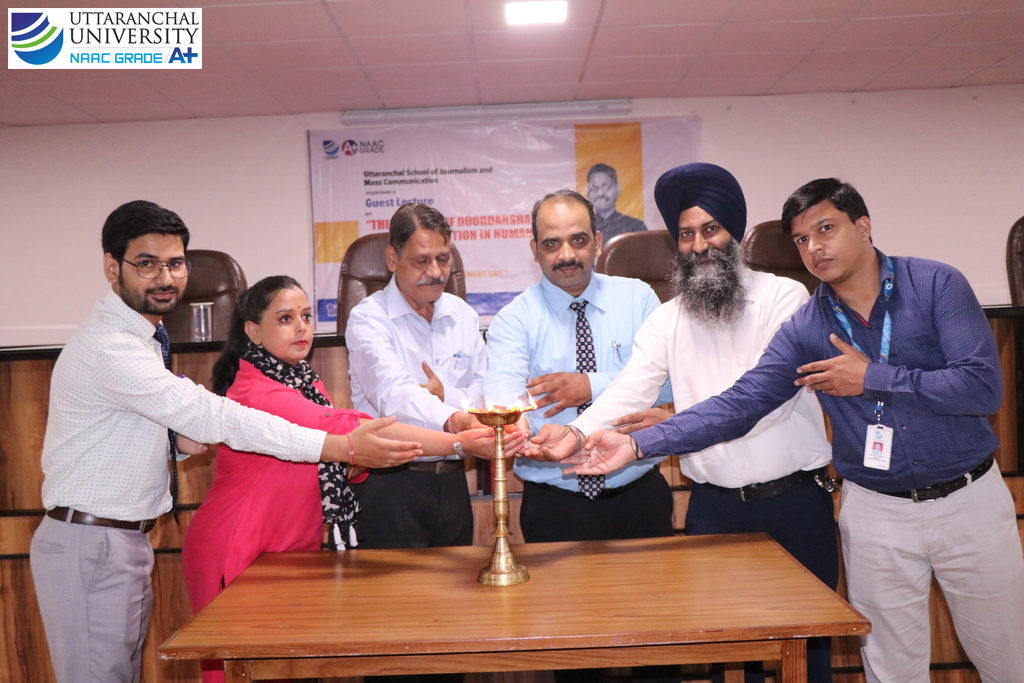 Uttaranchal School of Journalism & Mass Communication organized a guest lecture on “The Journey of Doordarshan & Its contribution in Human Empowerment” on the occasion of “Doordarshan Establishment Day” on 15 September.

Mr Raghvendra Pandey started his session with the history of Doordarshan and then he went to establish the relationship between Doordarshan and its role in human empowerment. Doordarshan came into existence to slowly change the way we get informed, educated, entertained and of course, empowered through its programs. After his speech, he also answered the queries of students in the Q&A Session.

The event ended with the vote of thanks proposed by Mr Ved Prakash, Assistant Professor, USJMC.