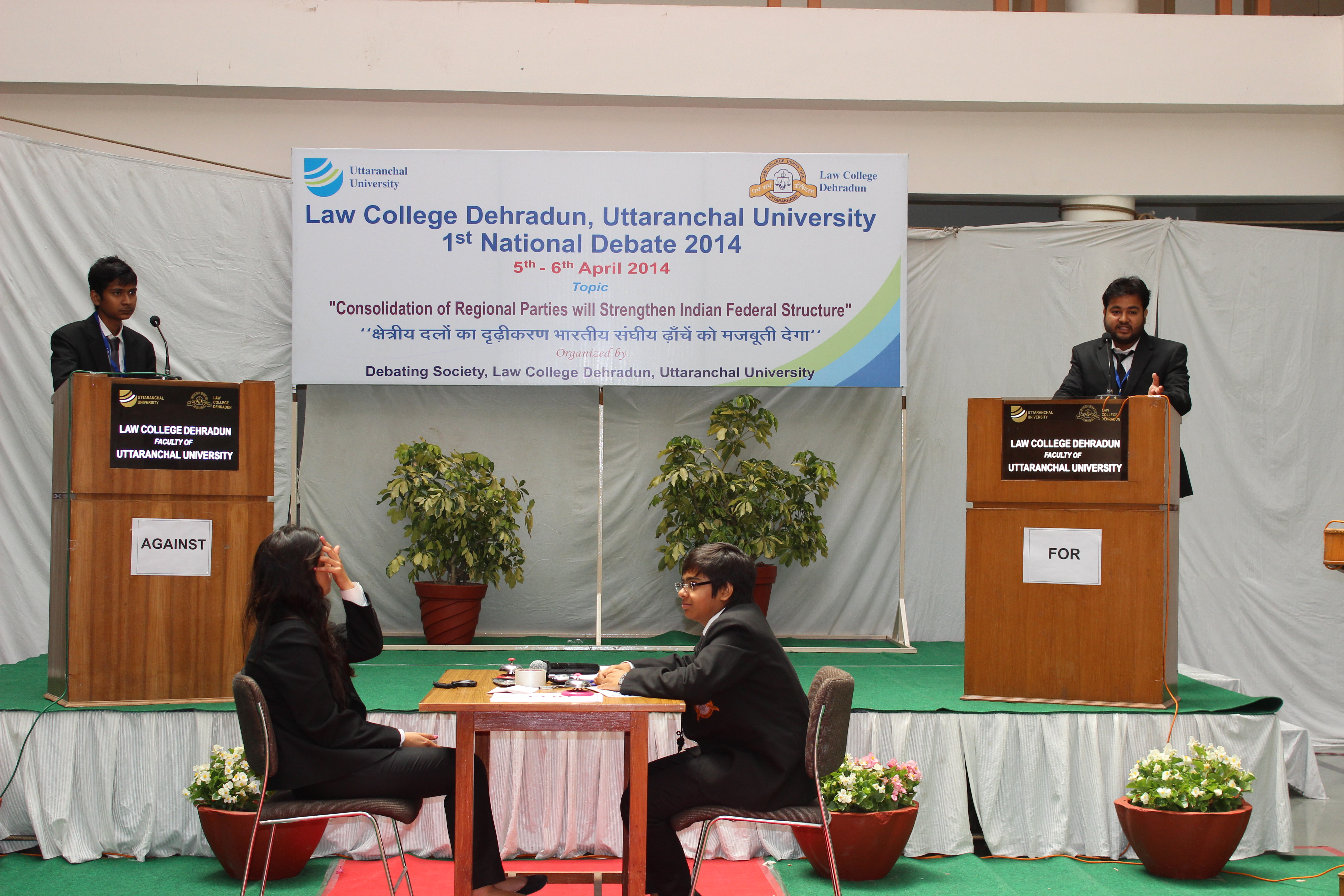 A national level debate is being organized by Law College Dehradun from 5 April -6 April on the topic ‘Consolidation of Regional Parties will strengthen the Indian Federal Structure’. Fifty teams from various Indian universities and colleges are participating in this competition. On the first day of the debate thirty team members presented their views in favor of the motion and against the motion.

The event  was inaugurated with lighting of the lamp. Presenting the inaugural address, principal of the college Dr. Rajesh Bahuguna explained the relevance of the topic of debate. According to him the architects of The Indian constitution had envisaged a national federal structure along with a strong centre. Emergence and evolution of regional parties and their considerable impact upon Indian politics has once again brought the question to the fore-whether the consolidation of regional parties will strengthen the federal structure or it would create a federal structure with a crippled central authority .

Speaking on this occasion, the Chancellor of the University, Mr. Jitendra Joshi said that topic of the debate has become more relevant in the present context as the country is facing national general elections. He also reiterated the commitment of Uttaranchal University to organize national and international level debating competitions on issues of global and national importance.