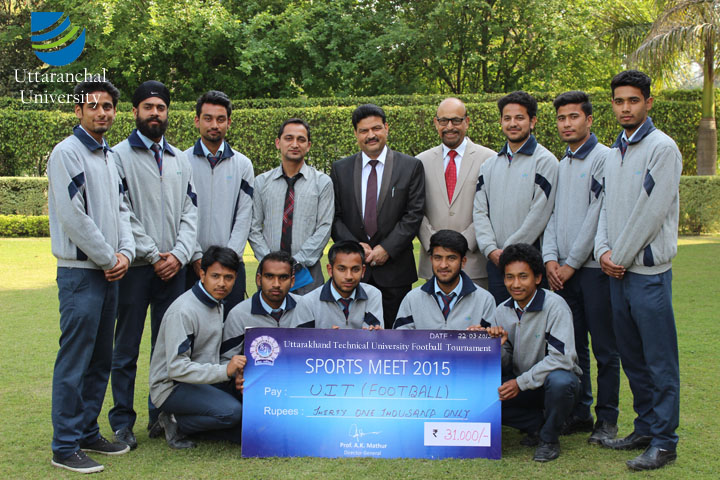 It was a very exciting match. Till the time was over the score was one each. The teams got extra time  also but no team could break the tie. Each team was given 5 penalty shoots, yet no team could convert the penalty into goals. Finally the benefit of sudden death was given to the teams and Anoop Choudhary of UIT scored a goal and gave a thrilling victory to UIT.

The Chancellor and The Vice chancellor congratulated the team and gave cash prizes to the players.