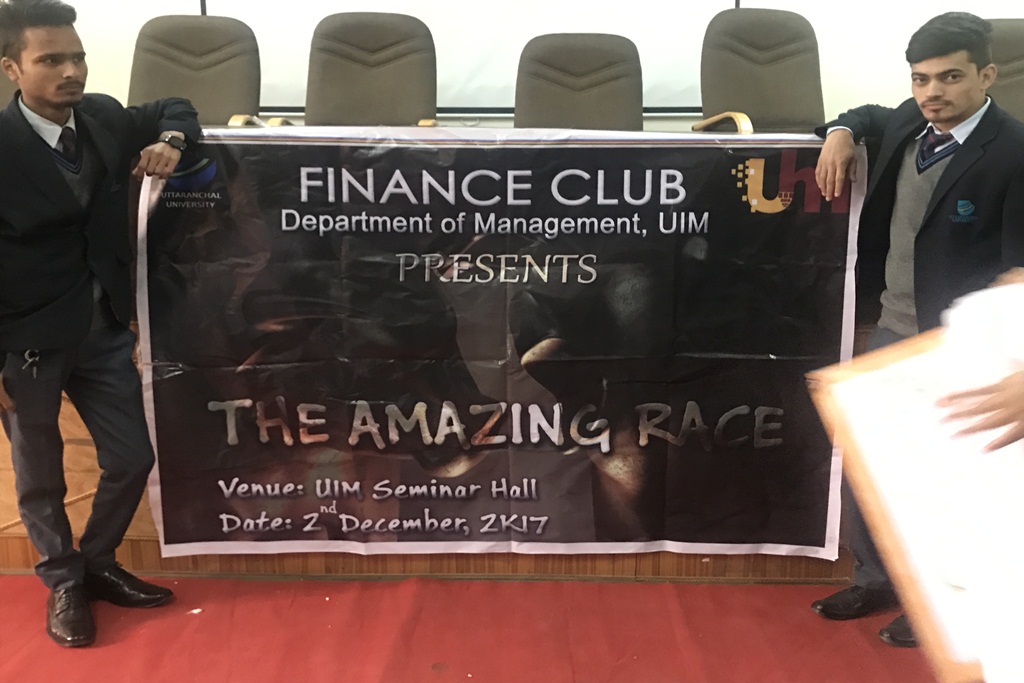 ‘The Finance Club’ of Uttaranchal Institute of Management organized “The Amazing Race” on 2nd December, 2017. The objective of the event was to enhance students’ knowledge in the field of Finance.  It was a quest with a twist of fun and adventure. In this event, 8 teams of 3 members each competed with each other in a race, moving from one Pit Stop to another, by solving questions on the subject of Finance. The event was conceptualized and coordinated by the Mr. Sakar Saxena (Head- The Finance Club).

The first round was played by 4 teams starting with the Rapid Buzzer Round. The other pit stops in the race were: “Newspaper Geek”, “Jumble Jungle”, “MCQs” and finally “The Code Breaker”. Top 2 winners of the above round made it to the final round.

The second round was played by the remaining 4 teams with the same pit stops, solving Finance based questions along their way. The top 2 winners of this round also qualified for the final round, making the final round, a showdown between the following 4 teams:

With great enthusiasm and under intense competition, the final round was won by Team C, comprising of Jyotika Bansal, Harsh Aggarwal and Himanshu Chand [BBA III A].