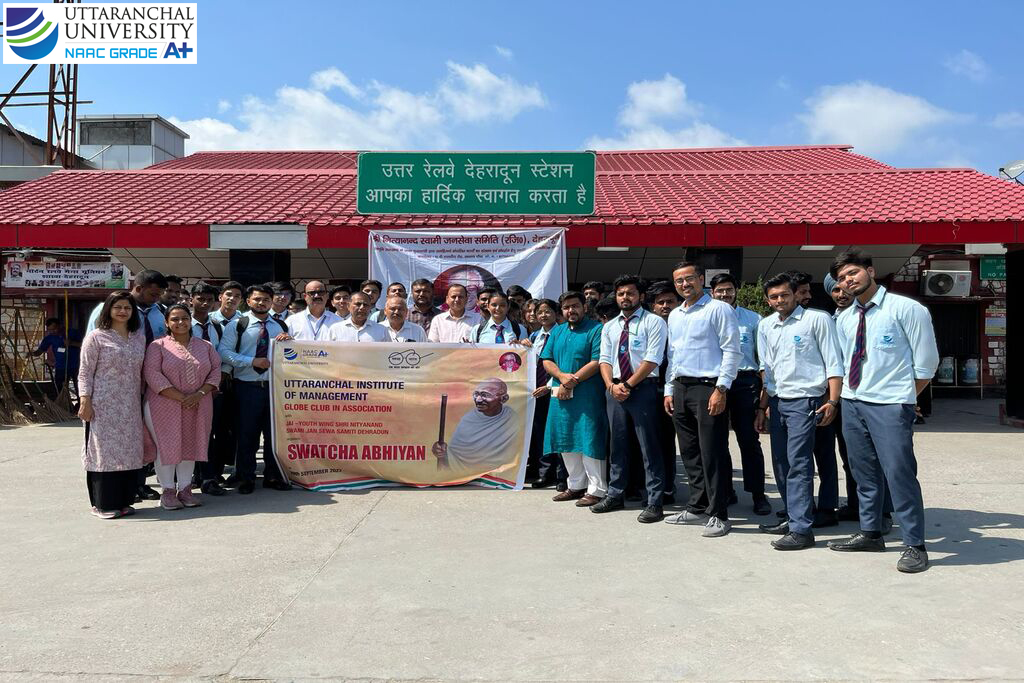 Globe Club of Uttaranchal Institute of Management organised Swacchta Abhiyan or a cleanliness drive, at the Dehradun Railway Station on 29 September 2022 on the occasion of Gandhi Jayanti, The Drive was organised in association with Jai-Youth Wing Shri Nityanand Swami Jan Sewa Samiti Dehradun.

Swachh Bharat Abhiyan is one of India’s most important and well-known missions which transforms into a Clean India Mission. The Indian government saw this campaign, which was launched by Prime Minister Narendra Modi. It was launched on 02 October to honour Mahatma Gandhi’s vision of a Clean India. It was an excellent initiative for raising public awareness about the importance of cleanliness. To fulfill the dream of our honourable prime minister and to create awareness through this drive the Swacchta Abhiyan was organised by the Globe Club.