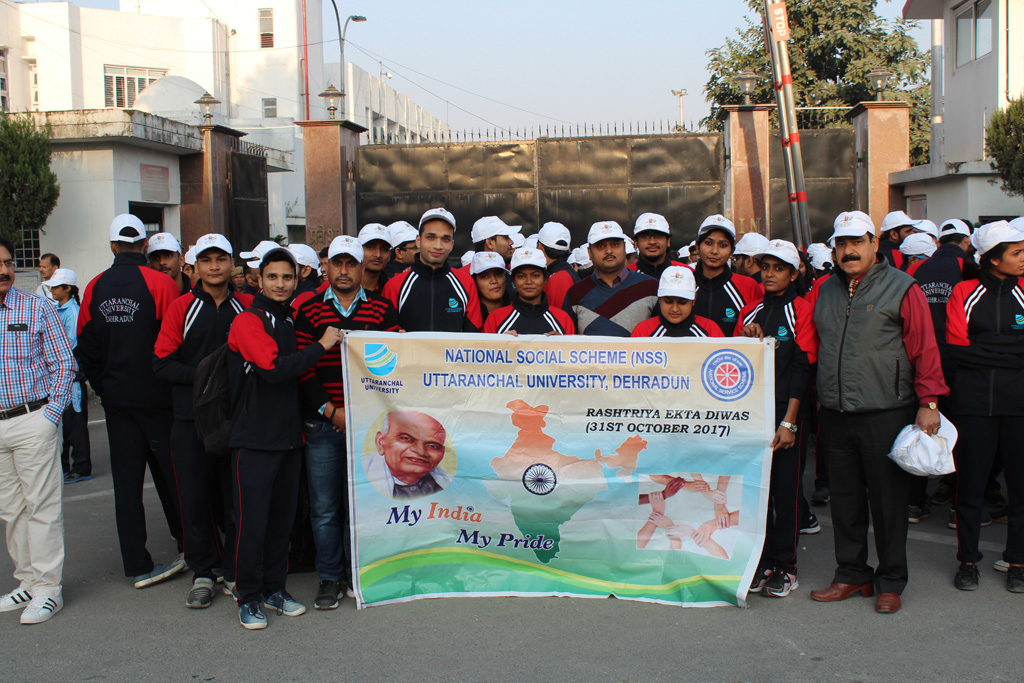 Approximately 105 students participated in the rally which was flagged off by Shri Jitender Joshi, Hon’ble Chancellor of Uttaranchal University, along with Prof.(Dr.) N.K.Joshi, Vice Chancellor of the University from Uttaranchal University. The Uttarakhand Government chalked out an elaborate programme spread across the state to mark the 147th Birth Anniversary of Sardar Vallabhbhai Patel. The program commenced at 8:00 am and was inaugurated by Hon’ble Chief Minister of Uttarakhand, Shri. Trivendra Singh Rawat with a formal speech. It was followed by the recital of the National Anthem.