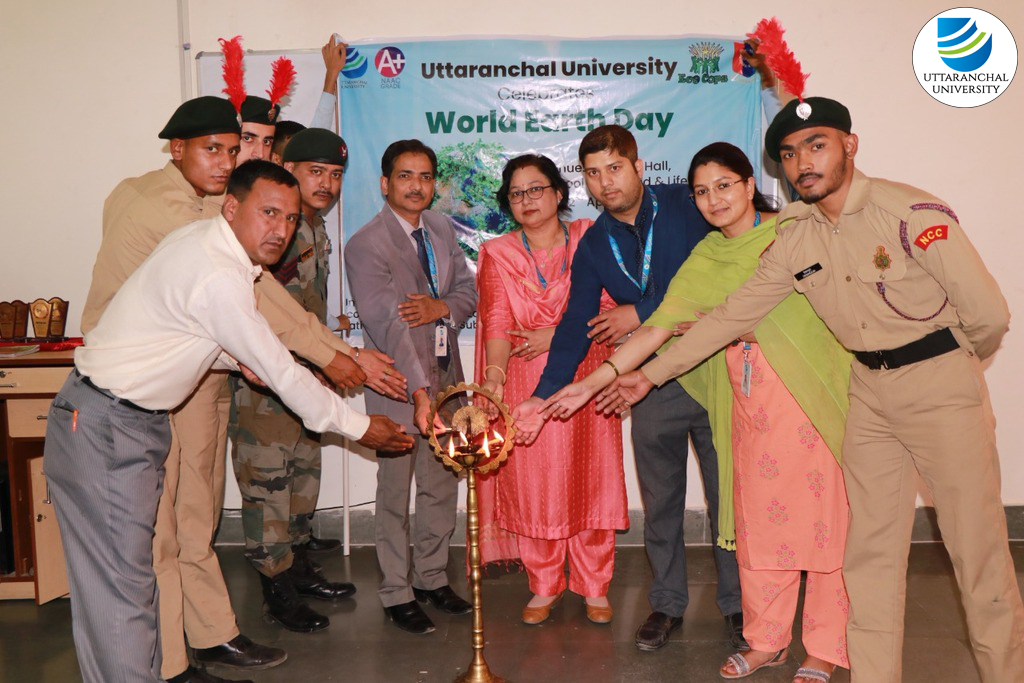 Environmental Club, Eco- Cops “The Home of Eco Warriors”, of SALS & UIT and NCC Sub Unit, Uttaranchal University organised an event to celebrate World Earth Day- 2022 on April 22, 2022. The event was graced by the presence of Dean SALS and President of Eco-Cops Prof (Dr) Ajay Singh.

The event started with the lighting of the Lamp. In his speech Professor Dr. Ajay Singh, Dean, SALS told the importance of world earth day and how it has been celebrated since 1991 with the combined efforts of 191 countries agreeing to it. This was followed by the speech given by Hawaldar Mr. Menal Thapa, 29th UK Battalion where he told about the importance of saving the environment from various kinds of pollution. The programme continued with the distribution of the prizes for BGMI online gaming event which was conducted from 21 April to 22 April 2022.

The winning team was Casemedia House comprising of:

Shourya Kumar, Amit Uniyal, Thakur Abhishek, Rajat Chand  and the Runner up team was Auto Bots of B.Com. Hons. UIM. They were given a cash prize.

The First Runner up team was Autobots comprising of following members:

The event ended with the vote of thanks proposed by Prof (Dr) Bharti Ramola, obliging the presence of all the dignitaries and the coordinating members. This was followed by the awareness rally by the members of NCC aiming to motivate the students to give their donations in saving mother earth.