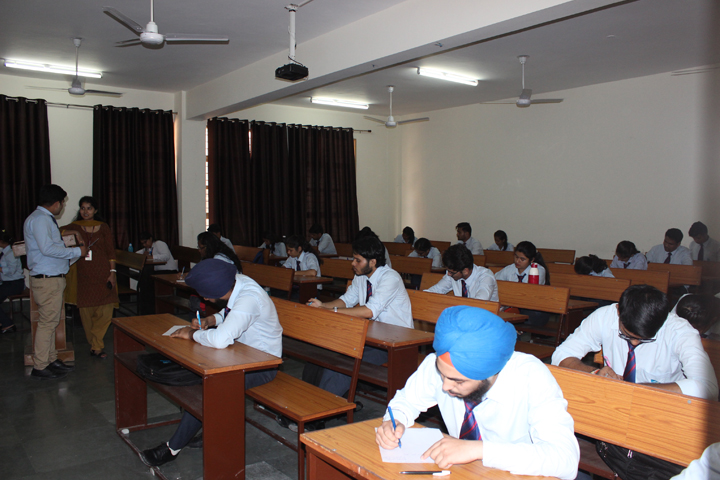 Uttaranchal University has students from almost every part of the country and it is proud to be an institution that is shouldering the responsibility of imparting the education to students of such varied linguistic backgrounds. Yet it acknowledges the importance of Hindi as a language in uniting the country as one nation. It also understands the contribution of Hindi in the long struggle for freedom and importance of teaching Hindi to its students.

On September 14, 2017, NSS Unit decided to discharge all its work in the national language of the country and also observed the day as Hindi Day in the University. Many activities of academic and cultural nature were organized by the efforts of the volunteers of the NSS. Many debates were organized in the different constituent colleges of the University by the NSS in which the students participated in large numbers. There was also a slogan writing competition organized which encouraged students to use their mother tongue in their day to day language and balance the effect of English and other foreign languages.

The students expressed themselves by writing essays and slogans stating that Hindi is the only language that could take the cultural traditions of the country way ahead and they pledged to use the national language more and more in their daily lives.